I’m usually not overly enthused with AR 15 type rifles for hunting. While there are exceptions, most are overweight, under powered and uncomfortable to carry. The Ruger AR 556 MPR in 350 Legend is one of those exceptions and much the antithesis of the general AR population’s short comings.

In quick comment, the subject Ruger MPR weighs just 6 3/4 lbs. The 16.38″ barrel makes for a compact rifle, but is sufficient for the 350 Legend’s modest 38.6 grain case capacity. The full floating handguard cross section in an easy to hold and support 1.550″. Quick detach sling points and M-LOK attachment slots make for an easy carry.

In addition to complying with state mandated cartridge restrictions, this combination is excellent for deer, hogs and black bear size and game in any moderate range circumstance.  In support of those applications, there are currently 16 commercial loads for the 350 Legend, a composite of 5 brands. Bullet weights ranges from 145 Grain supersonic to 250 grain subsonic and they are generally in stock within retail distribution. The 350 Legend is not a forgotten cartridge.

Essentially, the Hornady FTX 350 Legend ammunition, with less than +/- 3″ trajectory compared to line of sight, is point blank out to 200 yards and requires no hold over. There are numerous product from other manufacturer that perform as well. 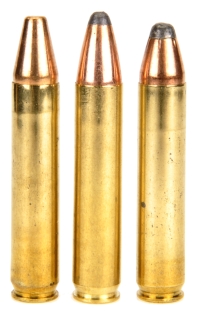 Not unlike cars where an automatic transmission takes a bit of power in exchange for the convenience over a manual transmission, an AR often does the same when moving a cartridge from a bolt action firearm with a same length barrel. In this case, the differences range from negligible to none.

The three cartridges selected to appear on the table below are typical and are representative of performance standards, with the exception of subsonic loads, which we are not addressing at this time.

For handloaders, there is a narrow over the counter component bullet selection. With few exceptions, 0.355″ diameter bullets are for handgun application and sport a short ogive and a stubby shank.

After a good deal of 350 Legend development in support of project work, we found we could run some excellent 0.357″ and 0.358″ rifle bullets through a bullet sizer die and have a wide selection of bullets that produce very accurate, properly expanding handloads.

A firearm manufactured by Ruger with quality components

The Ruger 556 MPR is available in 5.56 NATO, 350 Legend and 450 Bushmaster. Regardless the choice, all models have features associated with quality firearms. 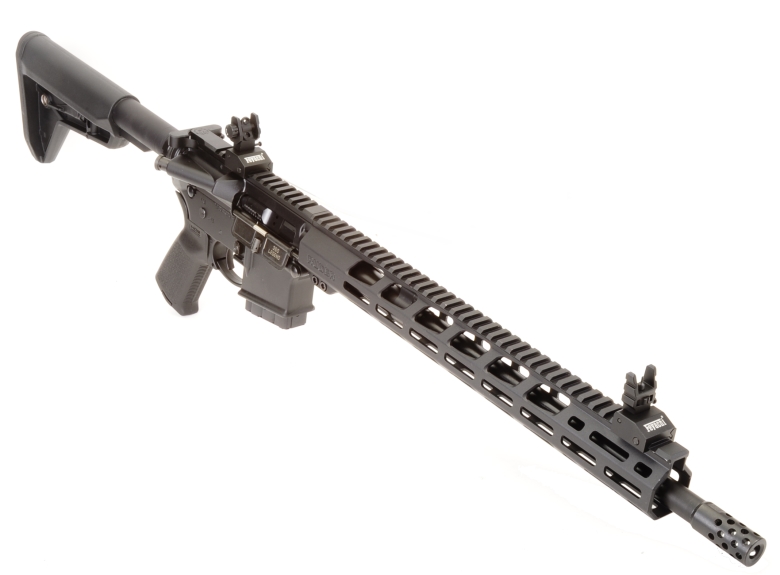 The Ruger AR 556 MPR is supplied with a full length Picatinny rail, but without sights. This allows the customer to select what they want in sight systems without incurring the cost of the manufacturer’s selection. In this case a $20 set of all aluminum, inexpensive Feyachi flip up sights.

The flat top receiver is forged from aerospace grade 7075-T6 aluminum and Type III anodized for a durable finish. The receiver features a forward assist, dust cover and brass deflector. 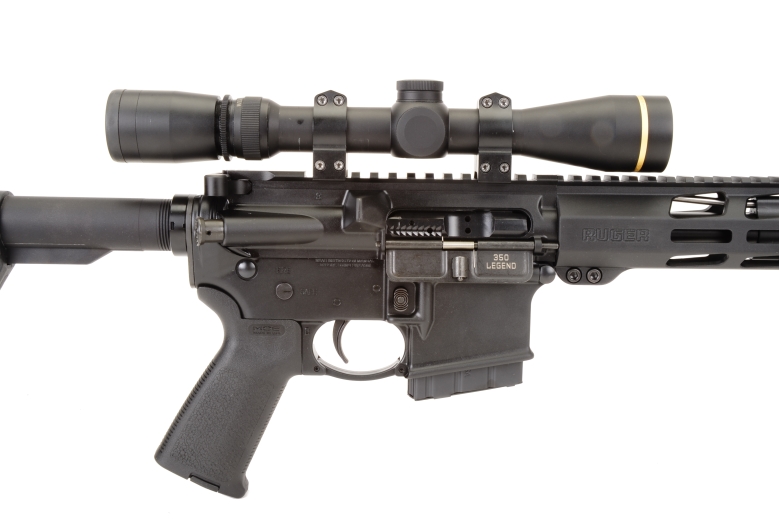 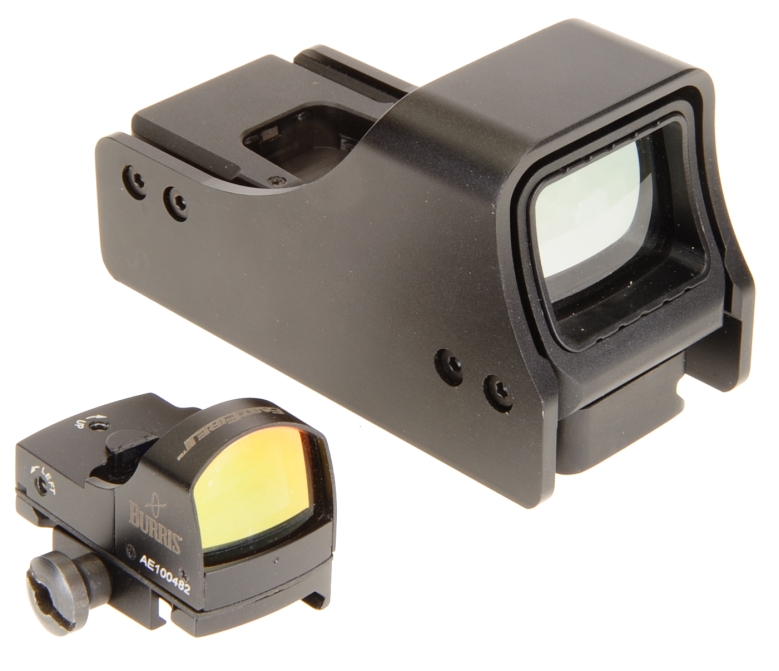 Below, the radial port Ruger muzzle brake sharply cuts recoil and muzzle rise. The barrel’s 1/2″-28 x 0.4″ threads accommodates a wide selection of muzzle devices. As an example, during the course of live fire range time, the MPR was shot with and without a silencer in place. The silencer did not impede accuracy or cycling reliability, but was easy to take on and off.

The floating handguard is light and right sized. Approximately 1.5″ across and contoured at the bottom, the short, 5 round magazine permits a proper off hand shooting position; no supporting arm elbow floating in the breeze. That long top rail makes for an accuracy yielding, long sight radius when using metallic sights.

The 15″ long Magpul handguard is clean. However, it is fabricated with M-Lok slots so what can be hung on it is only limited by the imagination; redundant sight systems, exotic sling systems, tactical lights, night vision, car keys, lunch? Keeping with the light weight theme, I keep handguards unpopulated, except for forward sling attachment or maybe a bipod, which is not the same as biped.

On the single stage side #1, the notch in the hammer is retained by #3, the primary sear. When the trigger is squeezed, the sear is pulled downward and the hammer is released to rotate forward to move the firing pin. If the bolt cycles the hammer before the trigger is reset, the secondary sear #4, engages the #2, the hook at the back of the hammer and prevents it from falling forward.

On the two stage trigger, the latching surface at the rear of the hammer #1, engages the primary sear #3. As the trigger is squeezed, the first part of trigger travel meets a light one pound resistance from the trigger spring and begins moving the sear away from hammer engagement. Then there is an increase in pressure as the backside of the hammer #2 contacts the nose of the secondary sear on the disconnector #4 and compresses the disconnector spring during the second stage of pull. The hammer’s secondary sear contact surface #2 was relocated, but functions the same.

These are all details of the rifle’s construction that should not be taken for granted as the first stop with lesser quality ARs is often to buy replacement parts to upgrade inferior pieces. So the inclusion of the Ruger® Elite 452® AR-Trigger is a $170 added value.

Yes, I do know that is a carrier assembly with a bolt. The AR-556 bolt is fashioned from mil-spec 9310 steel, machined and shot peened for added strength and durability. Both the bolt carrier and gas key are internally chrome-plated for increased resistance to gas induced erosion/corrosion. The gas key is staked so it won’t shoot loose.

All is where expected to be…

Controls are AR 15 conventionally placed. The buttstock has 5 telescoping locking positions and is mounted to a mil-spec diameter buffer tube. The Ruger AR 556 MPR includes 1, 5 round magazine.

The impression left by the Ruger 556 MPR 350 Legend is one that instills pride of ownership. It is, in anyone’s appreciation of nice firearms, a nice firearm.

Fit and finish is excellent. Reliability, within my exposure to several versions, has been 100%. Accuracy is sub MOA with decent ammo and a capable equipment operator. Power is more than enough for medium to large size game. Ruger’s service policies are industry leading. Yup. Nice firearm.